Researchers in India have identified new rice varieties that could adapt to specific requirements of the different environments in the country after a series of on-farm trials (OFT).

The results of the rigorous trials were presented in a two-day technical workshop online organized by the India Seed System and Product Management team of the International Rice Research Institute on 5-6 May, 2022.

A total of 27 new varieties, including some pipeline varieties were validated as nominated by more than nine Indian National Agricultural Research & Education System (NARES) breeding network partners. The research also identified promising varieties and how they adapt in the various target environments. During these trials, researchers collected feedback about the varieties from farmers and extension personnel.

“The development and identification of suitable rice varieties for specific environments in Indian farms are the critical first steps in helping the farmers increase their yield and productivity. The identified new varieties when positioned rightly in the seed system, can lead to actual delivery of genetic gain in the farmer field.  In addition, the smallholder farmers of the country need all the support to ensure they have awareness and equitable access to these new varieties and quality seeds”  said Dr. Swati Nayak, South Asia Lead - Seed Systems & Product Management at IRRI. 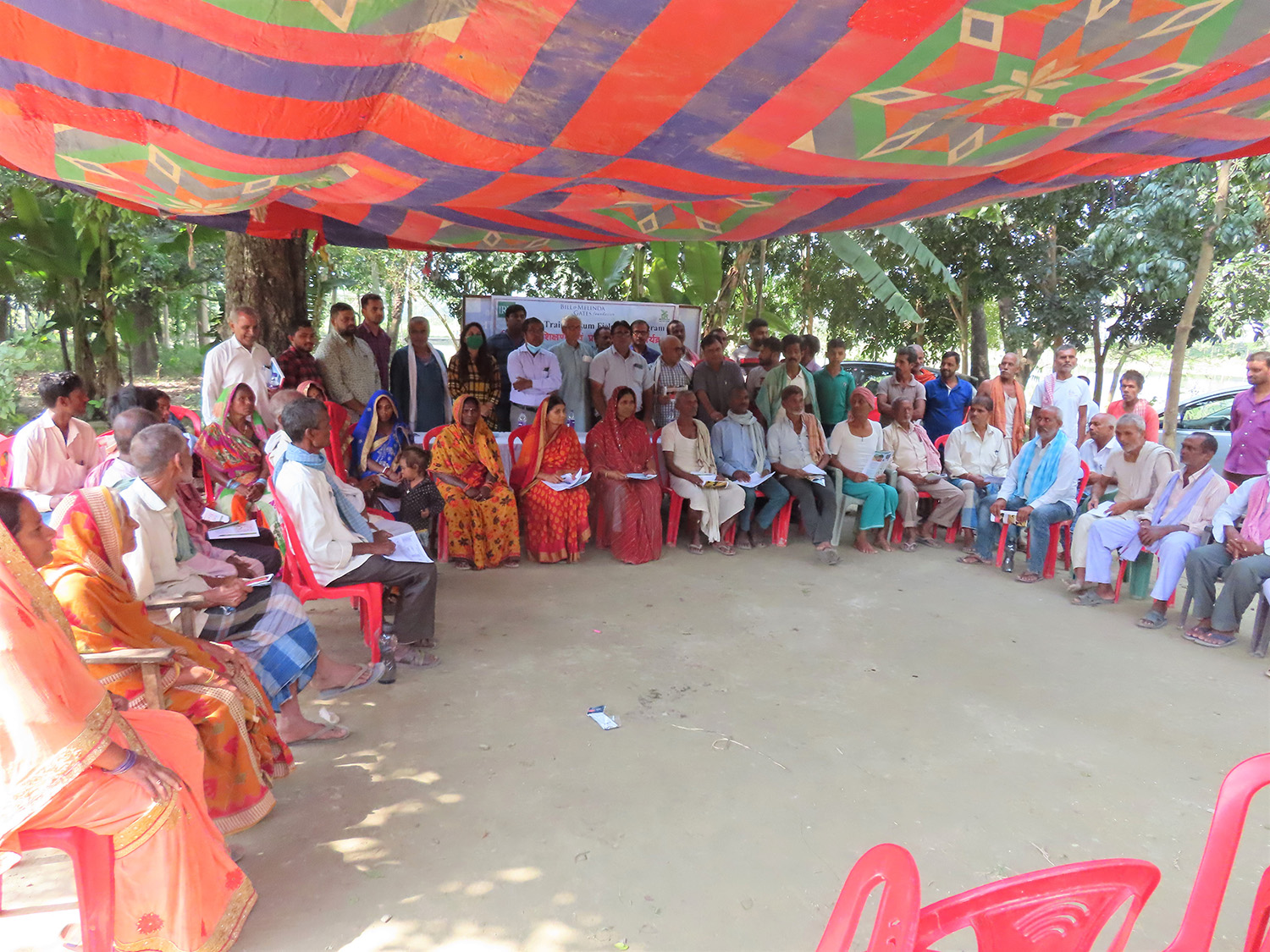 India is the world's second-largest producer and the largest exporter of rice. Grown at 43.86 million hectares across a variety of climate, and soil and water conditions, rice production increased from 53.6 million tons in 1980 to 120 million tons in 2020-21. West Bengal and Uttar Pradesh are the top states where rice is grown.

Researchers have continuously developed technologies and various interventions that could be adapted to increase the productivity in the country. At the same time, they have also promoted the cultivation of hybrid rice varieties.

The newly-identified rice varieties were a product of the 2021 Kharif (wet season, June-October) OFTs implemented extensively across four states in Eastern India, including Bihar, Chhattisgarh, Odisha, and Uttar Pradesh. A total of 559 OFTs were implemented in partnership with government organizations such as Krishi Vigyan Kendra (KVK), State Agricultural Universities (SAU), and non-government organizations (NGO) as collaborators in Eastern India.

In the current trials conducted, researchers found specific rice varieties with favorable response for different farm locations and environments. These selected varieties will be further disseminated for extensive promotion through demonstration, and are expected to help increase rice yield and profit against existing varieties. Researchers are also looking into infusing these varieties in the seed chain of respective states for speedy quality seed access to the farmers.

An effort is also to be taken forward to infuse the varieties in the seed chain of respective preferred states for speedy quality seed access to the farmers. In India, wet Season (June-October) generally called Kharif is the predominant season for rice cultivation. In 2021 Kharif season On Farm Trial (OFT) has been implemented extensively across 4 states of eastern India namely Bihar, Chhattisgarh, Odisha and Uttar Pradesh following a scientific protocol, targeting specific rice growing ecology and prevalent market segments with the nominated improved varieties from the NARES partners. This effort generated a robust and extensive data point for decisions making on product advancement in seed chain and notification extension in a targeted geography.

The technical workshop sessions were led by Dr. Swati Nayak, with participation of 52 participants including scientists and heads from 10 KVKs, academicians from two leading SAUs, officials from 12 NGOs, data enumerators across states along with IRRI staff.