One Rice Breeding Network and Crop Tour 2022 in India create a unified understanding, communication, and learning for researchers

Various breeding trials are in place across India and have been happening for years as part of network-based germplasm-sharing and testing efforts. As a subsequent step, deliberation is underway to streamline methods for on-station and on-farm trials to identify exact-fit products for dissemination through seed system platforms.  Through various breeding product validation strategies led by the International Rice Research (IRRI) and its national agricultural research and extension systems (NARES) partners, better germplasm can be screened, used, and scaled.

The Rice Breeding Innovations Platform at IRRI has been pioneering the Global One Rice Breeding Strategy Framework through OneIRRI Network . The network is being widely adopted through the CGIAR Excellence in Breeding Platform that aims to accelerate the modernized crop breeding programs that serve farmers in low- and middle-income countries.

This network intends to mainstream, replicate, and scale varietal development, scaling, and delivery programs through partners at the national and sub-national levels through design and knowledge sharing globally. The overarching goal is to bridge the gap between product (variety) developers (plant breeders), product disseminators (extension agents), and adopters (value chain stakeholders including farmers) to create a much-needed integration to deliver genetic gain and impact to farmers.

IRRI and its NARES partners are collaborating and developing long-term relationships to achieve far-ranging goals; be it defining various priority market segments for breeding investments,  devising product concepts as breeding blueprints for developing varieties for priority market segments, or product profiling and positioning and scaling strategies through seed system innovations. 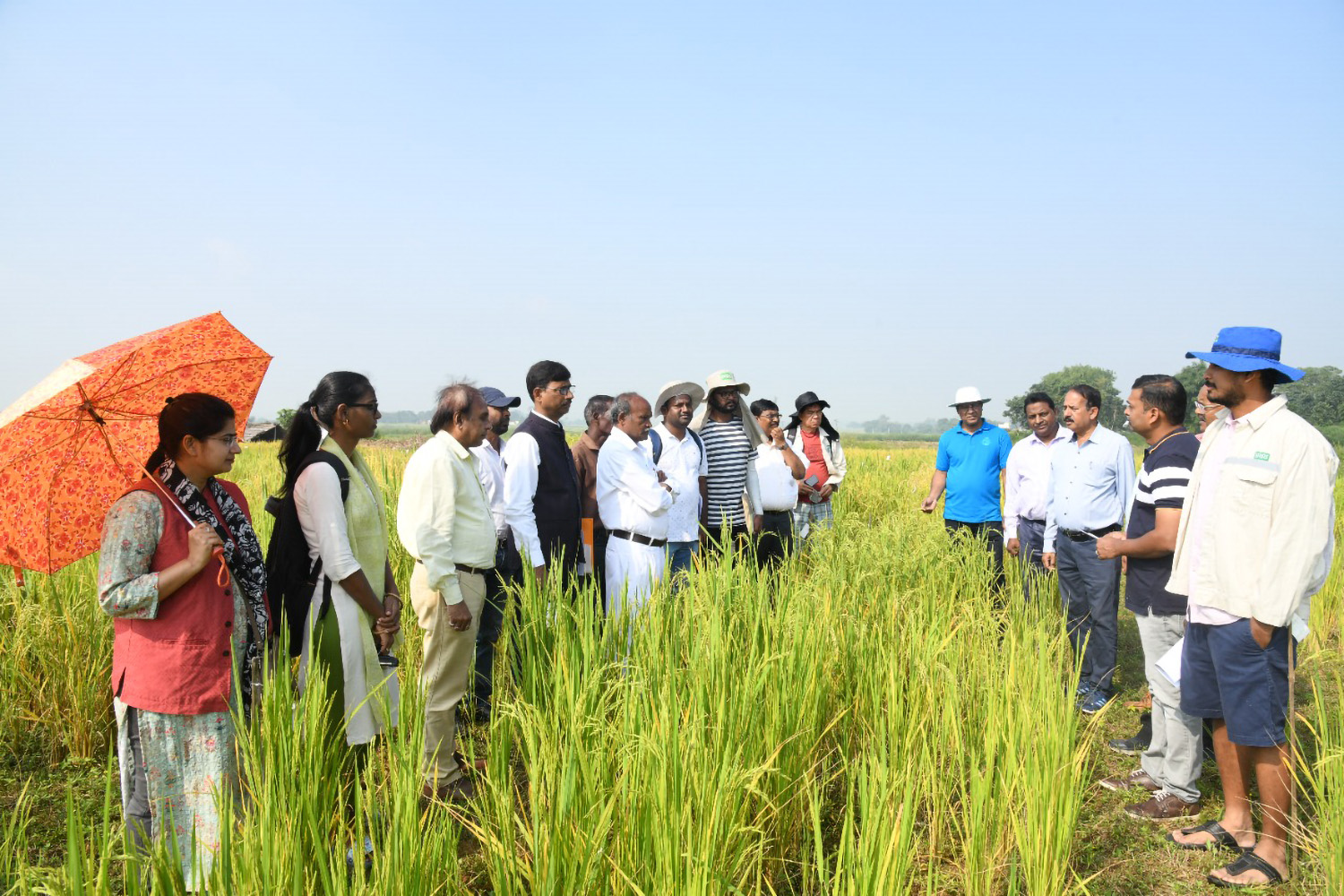 The network strategy was originally supported through the Accelerated Genetic Gain in Rice project, funded by the Bill & Melinda Gates Foundation, in 2019. More resources and stakeholders joined the effort on a massive scale as the transformative approaches started showing significant progress and momentum.  Today, the established networks and breeding and seed system framework have grown to an  extensive global program. This is also the core of the strategy adapted under the genetic innovation group under the CGIAR rice breeding and seed system initiatives.

In 2022, the IRRI Rice Breeding Innovations Platform (RBI) launched a Global Crop Tour to strengthen and unify stakeholder participation and appreciate their work. The initiative also looks at possible rooms for improvements such as the modernization of product selection and testing and the creation of a more integrated feedback loop.

The first leg of the tour was launched in India. The One Rice Network consists of the country’s leading NARES, academic institutions, and extension service providers that formally partnered with IRRI. The partnership works across various critical breeding pipelines and coming or upcoming products across those segments to accurately test, validate, position, and scale. They met various partners such as The Indian Council of Agricultural Research Institute, State Agriculture Universities, Krishi Vigyan Kendras (farm science) Centers, and other private and public partners involved in breeding or seed system scaling. This is a learning, exposure, and feedback effort to align national and subnational breeding and seed system programs with modern global approaches.

The One Rice Breeding Program in India has seven active breeding pipelines and market segments mapped under the nodal leadership of seven lead breeders representing various NARES institutes. These pipelines represent India's major demand matrix. IRRI, through its various global initiatives, has been investing and co-investing in strengthening the product development and dissemination efforts of these pipelines, segments, and varieties.

In 2023, the Crop Tour will include Bangladesh, Nepal, and parts of Africa.