The time it takes to develop new varieties of economically important crops like rice, wheat and maize is not fast enough to keep up with the demand in a rapidly changing environment. The need for new varieties is particularly critical with the changes in climate patterns. Delayed monsoon, drought, or too much rain is disrupting global cropping cycles, providing opportunities for emerging new pests and diseases  and farm operations leading to declining food security.

It may take 8 to 9 years to develop a new rice variety using conventional breeding methods and a few more years for the variety to reach farmers.

“A revolution in rice breeding is what we need now,” Bertrand Collard, a rice breeder at the International Rice Research Institute (IRRI) said in IRRI’s new breeding factory. “Not much has changed in the last 50 years. The methods used today in Asia are generally the same as the ones used in the 1960s and 1970s. More importantly, the rate of yield increase or genetic gain for irrigated varieties is less than 1% per year.”

Additionally, a study conducted by IRRI showed that reducing a breeding cycle by two years translates to an economic benefit of about USD 18 million over the useful life of the variety.

Newer breeding technologies have reduced that time to about six years but there is still room for improvement.  To address the situation, scientists and plant breeders have stepped up their efforts to accelerate the development of new crop varieties that can better withstand harsher environmental conditions and resist pests and diseases, and produce higher yields that are also more nutritious, and more suited for sustainable agricultural systems.

Speed breeding is an emerging strategy to develop new varieties in a shorter time. This strategy was  initially developed in long and day-neutral crops by manipulating environmental conditions; for example lengthening daily light exposure to shorten the time to flower and produce seed bringing the succeeding generation as quickly as possible. Today, this technology is being developed in short-day crops as well.

Longer generation times and seasonal constraints are the key restricting factor for scientists to develop new varieties. The northern part of South Asia has seasonal constraints during the dry season such as low temperature. These problems can be solved with the help of SpeedBreed Facility; up to 4-6 generations can be taken within a year and the facility may reduce the development of new varieties by 2-4 years.

This technique hastens the process of genomic selection reducing the need for field testing that is required in conventional breeding. The facility will also speed up breeding programs through faster generation advancement in genomic selection-based programs, accumulation of favorable alleles through forward breeding, improvement of parental lines through back-cross breeding, haplotype assembly, and trait mapping activities through development of mapping populations. Speed breeding could also assist in gene editing or gene modification by advancing developed material quickly and in transferring traits to other popular varieties.

Rice is the first crop targeted in the SpeedBreed Facility. The team led by Dr. Vikas K Singh, the regional breeding lead for South Asia, has developed protocols to get  4-5 rice generations per year in early-, medium-, and late-duration varieties. However further refinements and validation of protocols remain under process. Once the optimum conditions for short-day rice have been established, the facility will be extended to other crops in collaboration with other institutes. 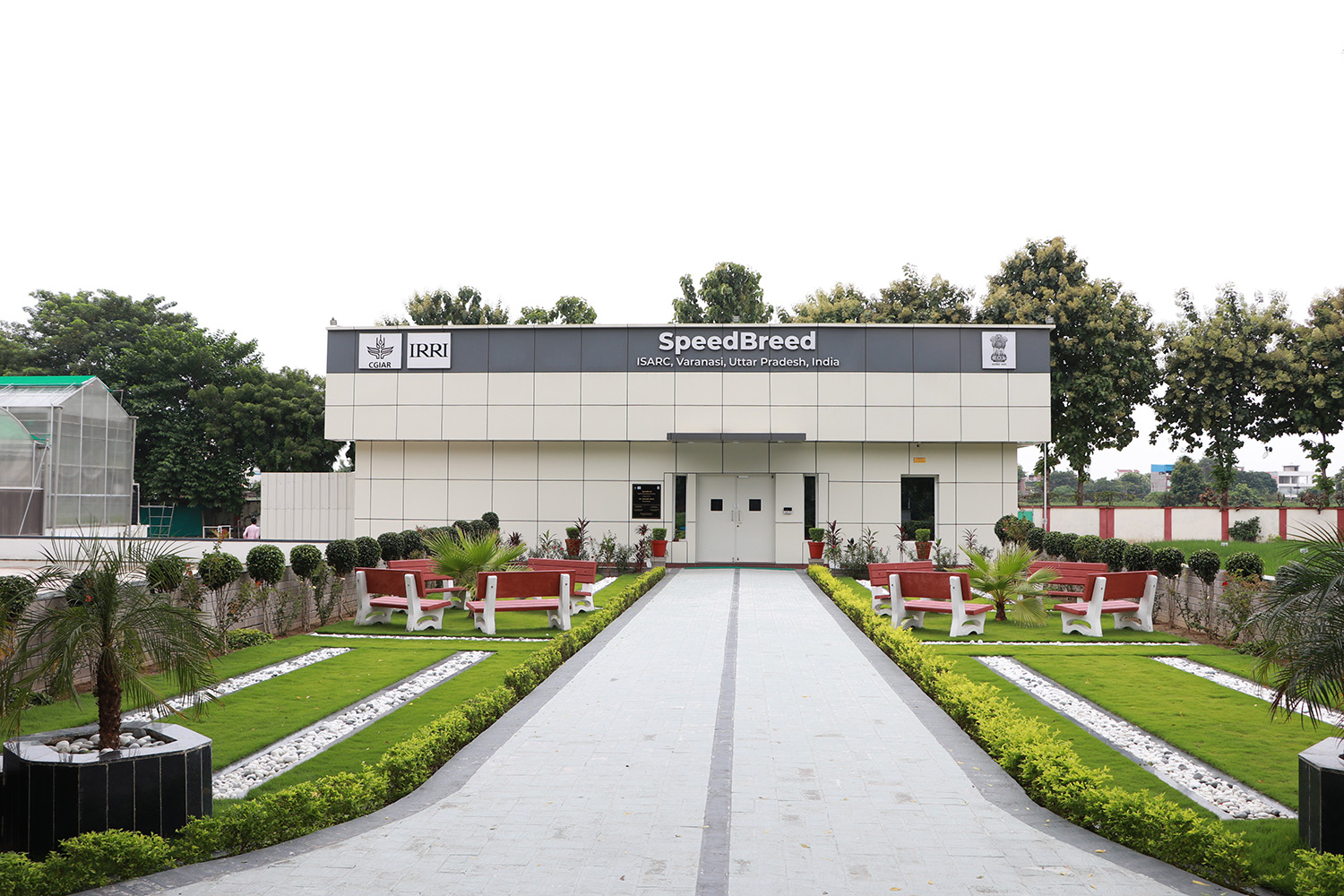 The SpeedBreed facility has 6 optimization chambers and 2 multiplication chambers with environmental conditions that are fully controlled. Control parameters include light (intensity, spectrum, and duration), temperature (18°C to 42°C), relative humidity (60 % to 90%), and CO2 levels. This facility can be used to advance 39,200 rice plants at a time.

The stainless steel interior finish in the walk-in chambers maintain precise temperatures and humidity while the epoxy flooring has an antibacterial property. Individual chambers have different hydroponic fertigation systems with automated water and nutrients supply control for inducing physiological stress to accelerate the growth cycle. 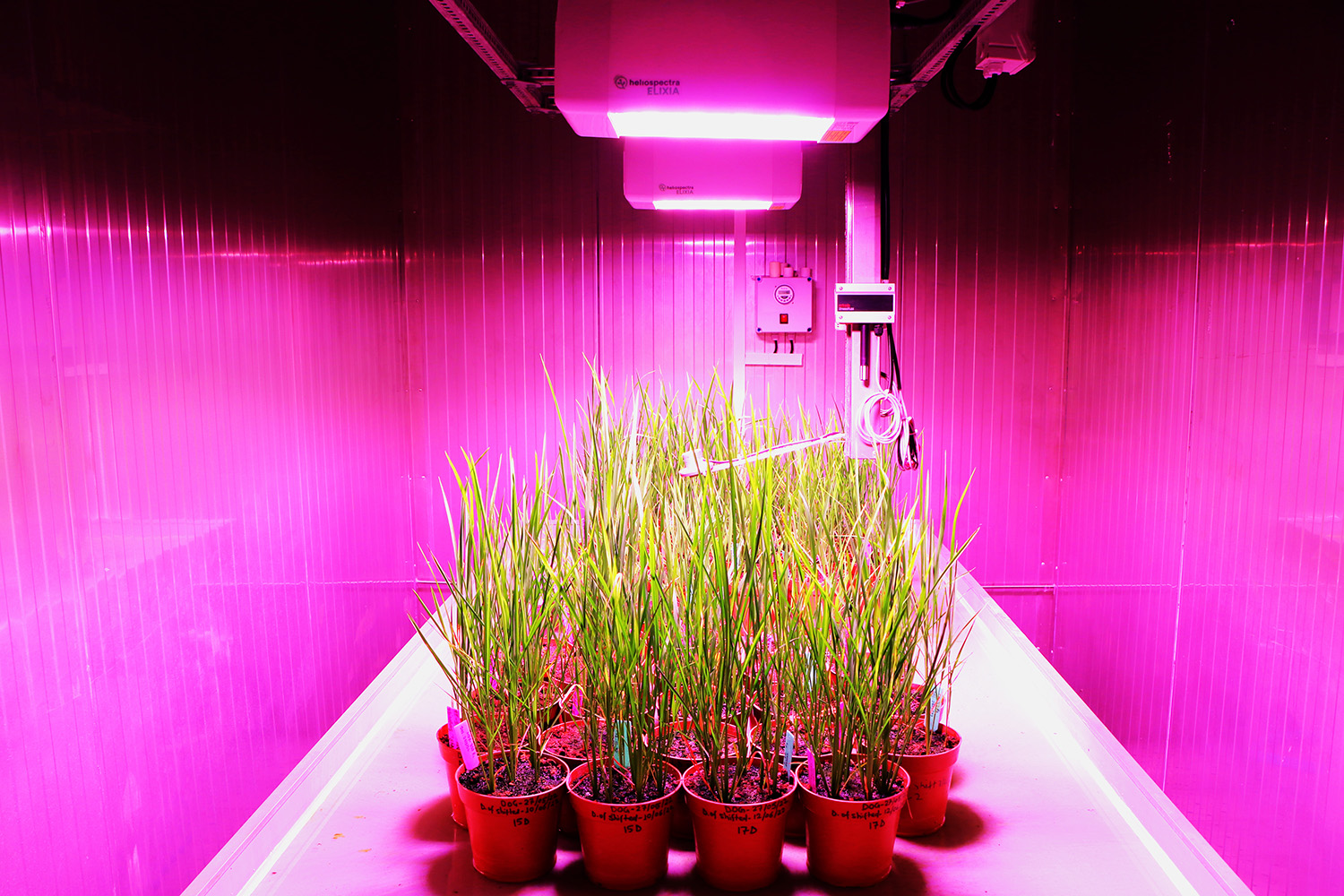 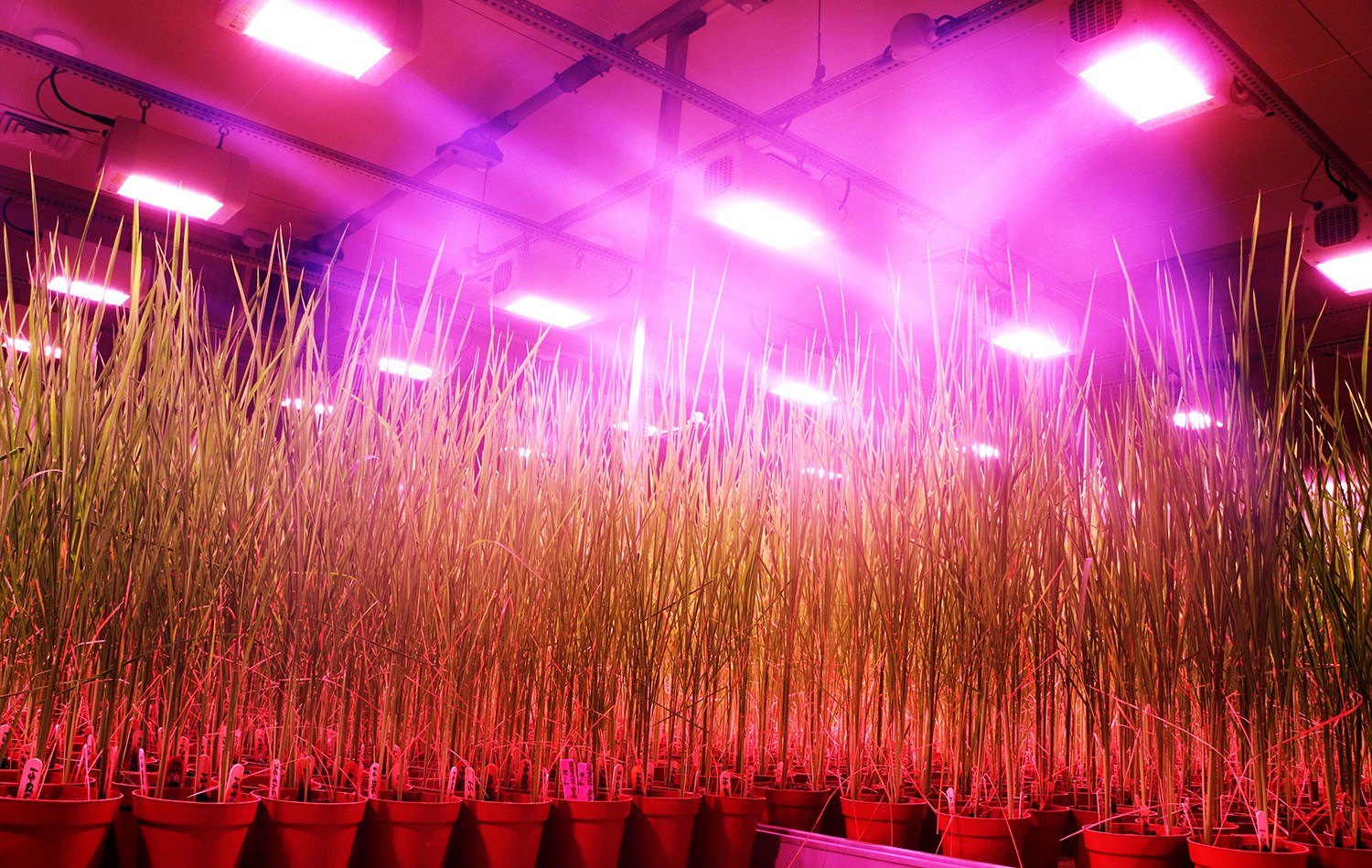