IRRI, the Chinese Academy for Agricultural Sciences, and BMGF team up to develop rice varieties for a Greener Revolution 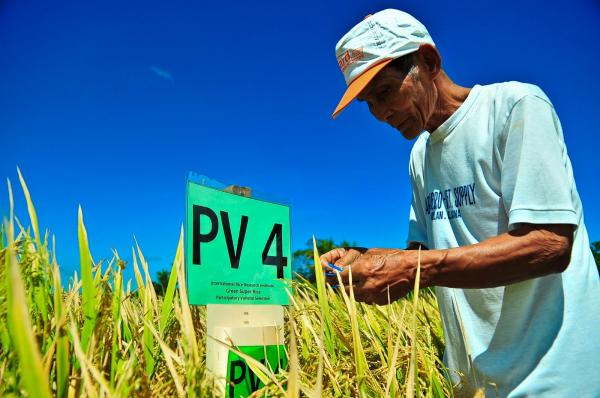 The International Rice Research Institute (IRRI), together with the Chinese Academy of Agricultural Sciences (CAAS) and the Bill & Melinda Gates Foundation (BMGF), collaborate through funding and research efforts to develop Green Super Rice (GSR), a new set of rice varieties that perform well under the toughest conditions.

GSR is a mix of more than 250 different potential rice varieties that can adapt to difficult growing conditions such as drought and low inputs. The lines also use less fertilizer and no pesticides, which reduces the need for herbicides. At present, more than 130 advanced breeding lines with these traits are undergoing national varietal testing and will soon be released in different countries as new varieties.

As of August 2017, 42 GSR varieties have been developed and have been made available in 11 countries in South Asia, Southeast Asia, and East and South Africa. They are covering more than 1.7 million hectares of farm land. Eighteen of these varieties were bred at IRRI.