Odisha, India: Paddy farmers in Odisha look to the skies with the hope that rain will help ease the dry conditions in their fields. Their prayers are answered but often long after the scorching heat of the Sun turns the green fields into dirty brown patches with scattered straw and shrivelled grains. Many farmers abandon the crop. Some farmers have insured their crops under the Pradhan Mantri Fasal Bima Yojana (PMFBY) because droughts are becoming frequent in their area but, as it happens often, the compensation for crop loss is credited to their bank accounts much later, when the next crop is already in the field. The story gets repeated in many places in different ways, and it may result from drought, flood or an infestation of brown plant hoppers.

What delays the claim settlement process is the time consuming and cumbersome process of crop loss assessment which identifies crop area affected and harvested yield, through a large number of crop cuts in selected Gram Panchayats (GPs). Technology can help to generate faster estimates of crop loss using ‘eyes in the sky’. These optical or radar (microwave) imaging systems on board satellites repeatedly scan the land surface at a resolution that is good enough to capture the changes occurring on ground at field level.

How does it work?

The IRRI team uses satellite-based technology that provides timely and precise information on rice-growing areas, yields and estimated losses. This is based on the European Space Agency’s (ESA) satellite system Sentinel, which provides free coverage of all of Asia at regular intervals. Sentinel-1 uses a radar sensor, which scans large areas of the earth’s surface with electromagnetic waves. SAR senses microwave signals reflected off Earth’s surface as bats navigate in caves (Bats create sounds that bounces off walls as an echo which helps them gauge the distance from the wall).

The signal reflected back to the radar antenna, called ‘backscatter’, depends on the properties of the target, i.e. land, water, vegetation, and allows the determination of a number of target characteristics. The advantage of radar-based measurement is that the surface does not need to be illuminated by the Sun (images can be acquired day and night) and, unlike optical satellites, the radar waves penetrate clouds to ‘see’ the surface during monsoons. As the satellites re-visit the same area at fixed intervals, crop growth is monitored for extended periods, making it easier to estimate crop yields.  Resultantly, mid-season yield forecast, end-of-season yield estimates and the extent of crop damage induced by drought/flood events can be shared with the government department.

What the maps reveal?

Start-of-season (SoS), rice area, leaf area index and derived yield maps for the district are shown in Figure 1 for the district Jagatsinghpur, as an example. The state level combined SoS map indicated that about 31% of the rice was sown in June during Kharif 2019 which constitutes mostly direct seeded autumn rice. About 10% of the rice area was planted in July whereas the peak planting season was August when about 52% of the area was planted; the rest (7%) was sown in early September. Detailed estimates produced for the district Jagatsinghpur, revealed that 72,132 ha was planted with rice, producing 354,708 tons of paddy at 4.85 t/ha.

Crop loss assessment as an aftermath of the cyclone Fani that hit coastal Odisha in early May 2019 was measured (Shown in Figure 2). Total flooded area in the district of Puri was 33,380 ha (9.7% of the total district area), of which 3,435 ha were planted as Rabi rice and 29,945 ha were planted with other crops including pulses. The estimated Rabi rice area in this district was 28,063 ha. Near real time mapping of agricultural flooded area using SAR data is useful for loss assessments, crop insurance, contingency plans etc., and can support farming related decisions by the Government. The satellite-based SoS and area maps currently are also used by the Government of Odisha, in conjunction with other parameters for smart sampling of rice fields in each insurance unit (Gram Panchayats). 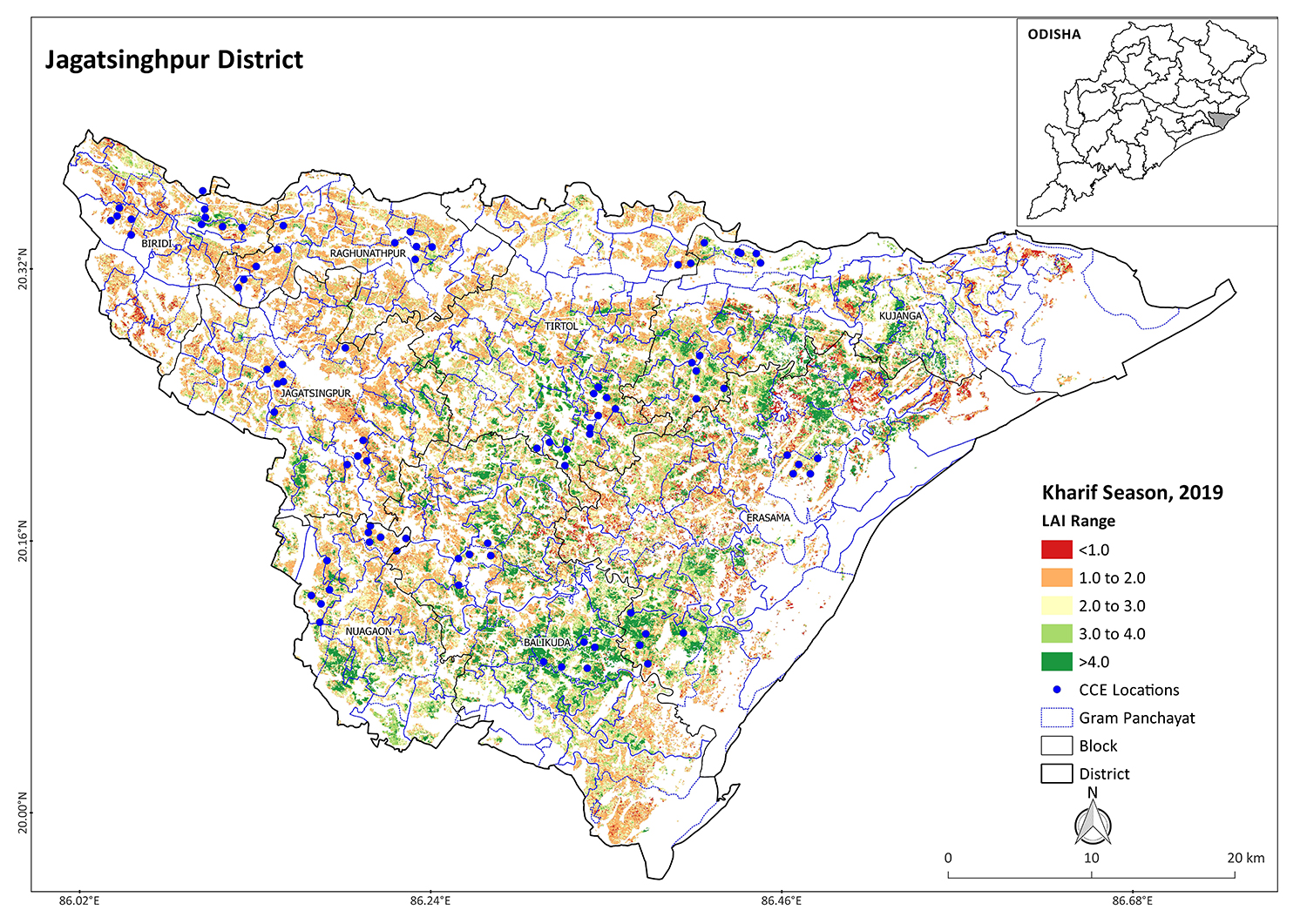 Figure 2.  Flood extent and impact of rice and pulse crops in Puri district, Odisha on 4 May 2019 induced by cyclone FANI event on  3 May 2019
(SAR data source: Sentinel-1, baseline prior to flood; TerraSAR-X, inundated area)