The Government of the Republic of Korea has been collaborating with IRRI through the Rural Development Administration (RDA) since the 1960s. Their works include breeding of the temperate Japonica rice variety with the tropically grown indica variety. This produced the rice variety Tongil, which transformed Korea from a rice importer to a self-sufficient producer.

The South Korea-IRRI collaboration brought the Green Revolution to the country and helped transform Korea from a rice importer to a self-sufficient rice producer. Since then, Korea, has supported IRRI and completed 43 projects. 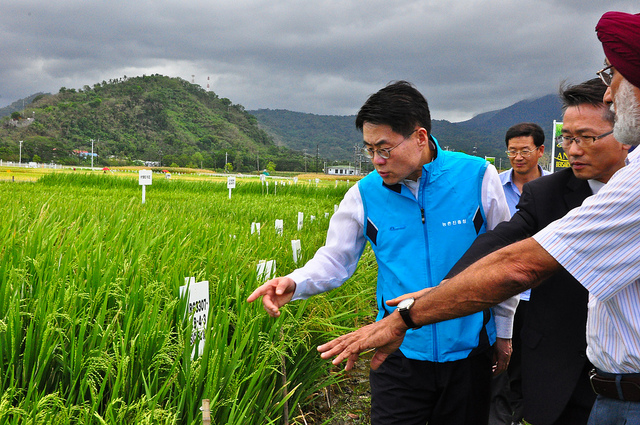 In December 2001, following a Memorandum of Understanding (MOU) signed between RDA and IRRI the previous year, the IRRI office in South Korea was formally inaugurated. In 2010, RDA committed USD 2.09 million for cooperation, training, and support to INGER and other ongoing projects.

The partnership between Korea and IRRI continues to flourish. RDA and IRRI signed a new rice research agreement to develop a collaborative work plan for 2014-2015, which includes the approval of new project proposals. Among the priority areas of research in the new agreement are the development of abiotic stresses and disease tolerance in temperate japonica, and the development of rice cultivars with tolerance to high temperature.