In Tanzania, rice is the second most important food and commercial crop after maize with significant national importance as a source of employment, income, and food security for millions of rural households. The country has a rapidly growing population and a political ambition to sustain rice self-sufficiency, with a margin to export to neighboring countries in the region, through raising productivity and expanding production to areas with high potential for rice production.

The country is the second largest producer of rice in Eastern and Southern Africa after Madagascar. In 2017/18, rice was cultivated on 1.1 million ha. with total production of 2.2 million tons of milled rice. About 71, 20, and 9 percent of rice cultivation takes place under rainfed lowland, upland, and irrigated conditions, respectively.

Tanzania’s National Rice Development Strategy (NRDS), which was endorsed by the government in 2008, envisions progressively transforming the existing subsistence-dominated rice sub-sector into a commercially viable production system, with the aim of sustaining the national self sufficiency and contributing to the regional self-sufficiency, becoming a market leader in the region. The government is now finalizing Phase 2 of their NRDS 2019-2030.

Collaboration between the government of Tanzania and IRRI formally began in October 1985 when IRRI’s Board of Trustees visited the country. The two parties agreed to cooperate in strengthening rice research, capacity development of national staff, and exchange of rice germplasm and information. Today, over 50% of high-yielding rice varieties in the country originated from IRRI germplasm developed in the region or at its HQ in the Philippines.

IRRI has also contributed to the human and infrastructure capacity development of the national research and extension services. IRRI spurred capacity enhancement of researchers, extension staff, seed production specialists, and farmers in various areas of rice research and development; and extension through various in-country and international training courses. Three PhD and two MSc students were also sponsored by IRRI in recent years.

A new area of collaboration was launched in 2015 to develop and implement effective and sustainable rice seed system and crop and nutrient management practices that enhance rice-based cropping systems. The five-year 2016-2021 Memorandum of Understanding signed between IRRI and the Tanzanian Government gives top priority to genetic evaluation and utilization of rice, with an emphasis on private sector capacity development to speed up the uptake of improved rice varieties and relevant technologies.

IRRI has been instrumental in successfully steering a number of projects in rice research and capacity building from various international donor agencies. Given below are a few examples of such projects led by IRRI in Tanzania: 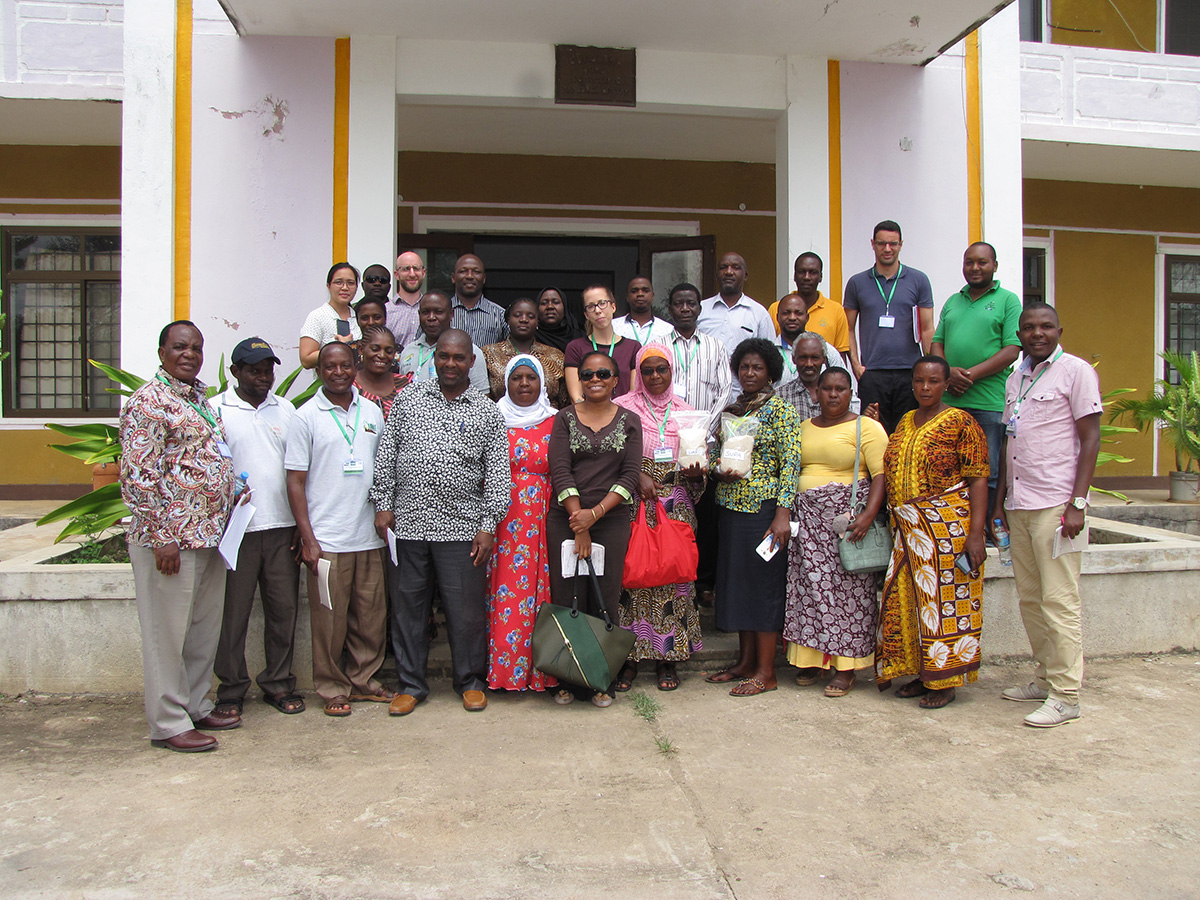