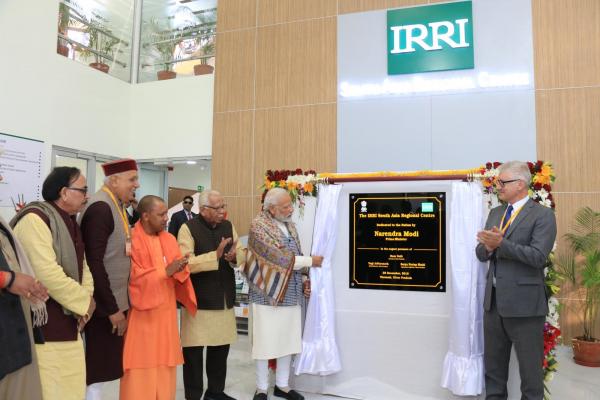 The 50-year partnership between the International Rice Research Institute (IRRI) and the Republic of India reached another significant milestone with the opening of the IRRI South Asia Regional Centre (ISARC) in Varanasi, Uttar Pradesh. The Prime Minister of India, His Excellency Shri Narendra Modi, officially inaugurated the state-of-the-art rice research facility on 29 December 2018, dedicating it to the people of India as part of his ambitious goal of doubling farmers’ incomes. 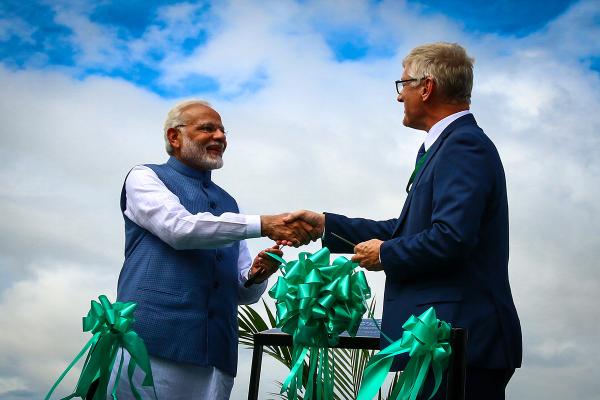 The IRRI South Asia Regional Centre is a regional facility that supports research collaboration, training, and service provision to institutions, scientists, and other stakeholders from India and other South Asian and African nations.

International Rice Research Institute South Asia Regional Centre (ISARC), Varanasi has been established at the campus of the National Seed Research and Training Centre (NSRTC) located in Varanasi through a Memorandum of Understanding between the Department of Agriculture Cooperation and Farmers Welfare (DoACFW, Government of India) and IRRI, Philippines. ISARC is the first research center of IRRI to be established outside of its headquarters in Philippines.

The Government of India vide its Gazette notification dated October 4, 2017 recognises IRRI as an international organisation and accorded privileges and immunities (As per UN Privileges and Immunities Act 1947) that are applicable to United Nations (UN) organizations, for all offices and activities of IRRI in India including, for the IRRI South Asia Regional Centre.

Read more on IRRI’s work on nutrition and grain quality.

Read more on IRRI’s work on training and capacity building.